For this community housing effort at 833 Bryant Street in San Francisco, BŌK Modern has fabricated striking, three-dimensional façade screens which cover all elevations of the building. Each panel is cut from Cor-Ten steel or aluminum. The deep rust color of Cor-Ten steel presents a striking contrast to the bright aluminum panels.

Located in the SOMA Pilipinas Cultural District and designed by David Baker Architects in consultation with their staff, the metal panel façades are meant to represent terraced rice fields.

Each housing unit in the building was constructed off-site by modular home company FactoryOS, which significantly reduced construction time. 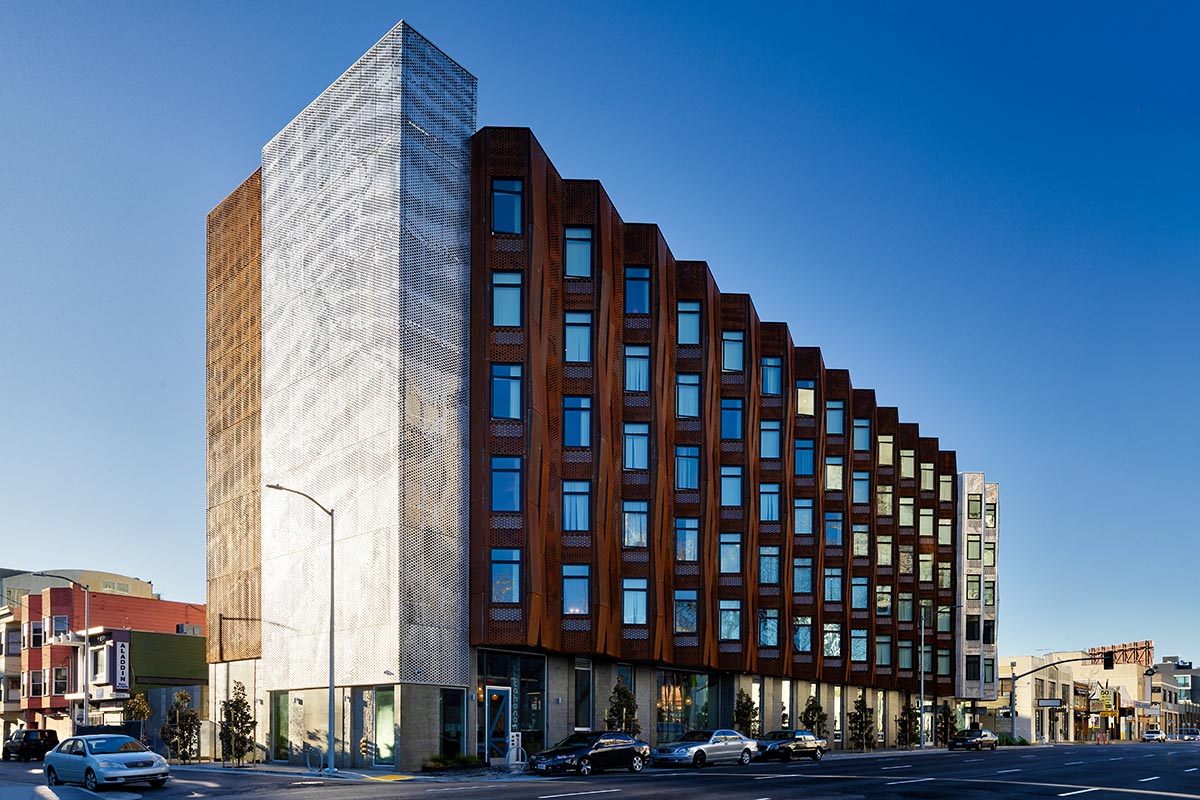 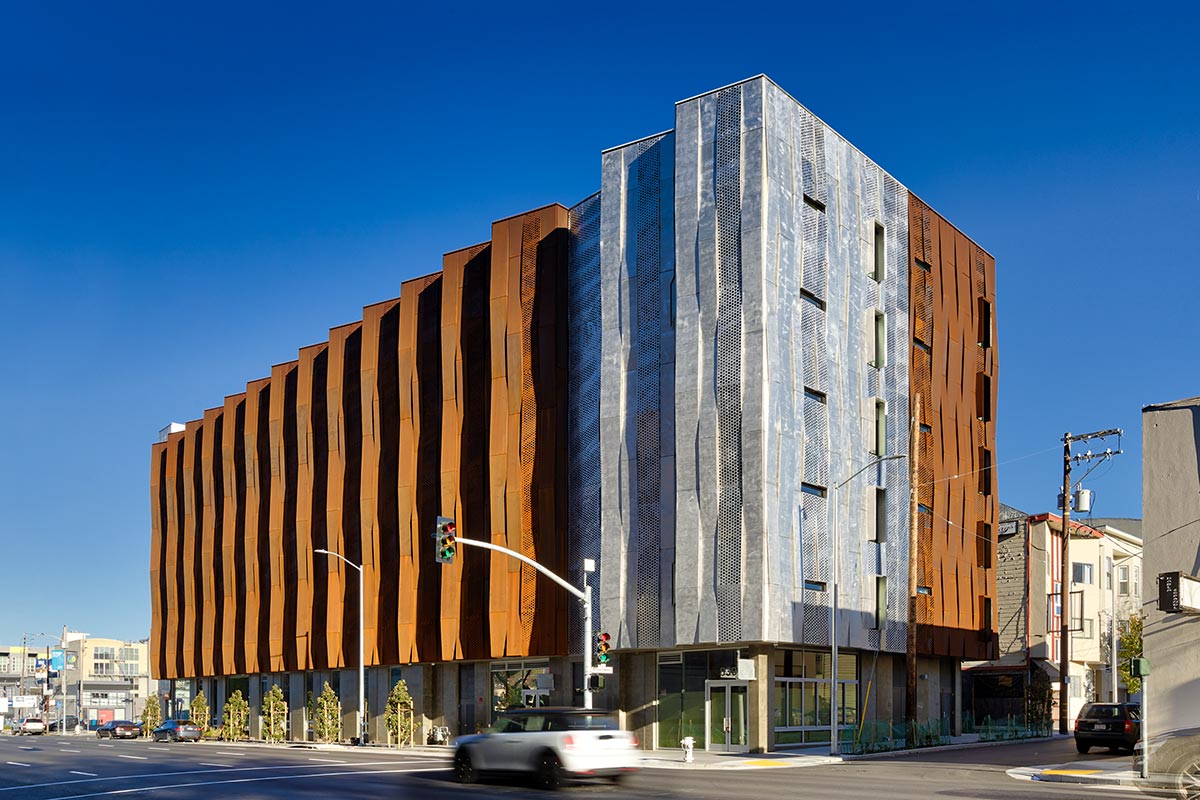 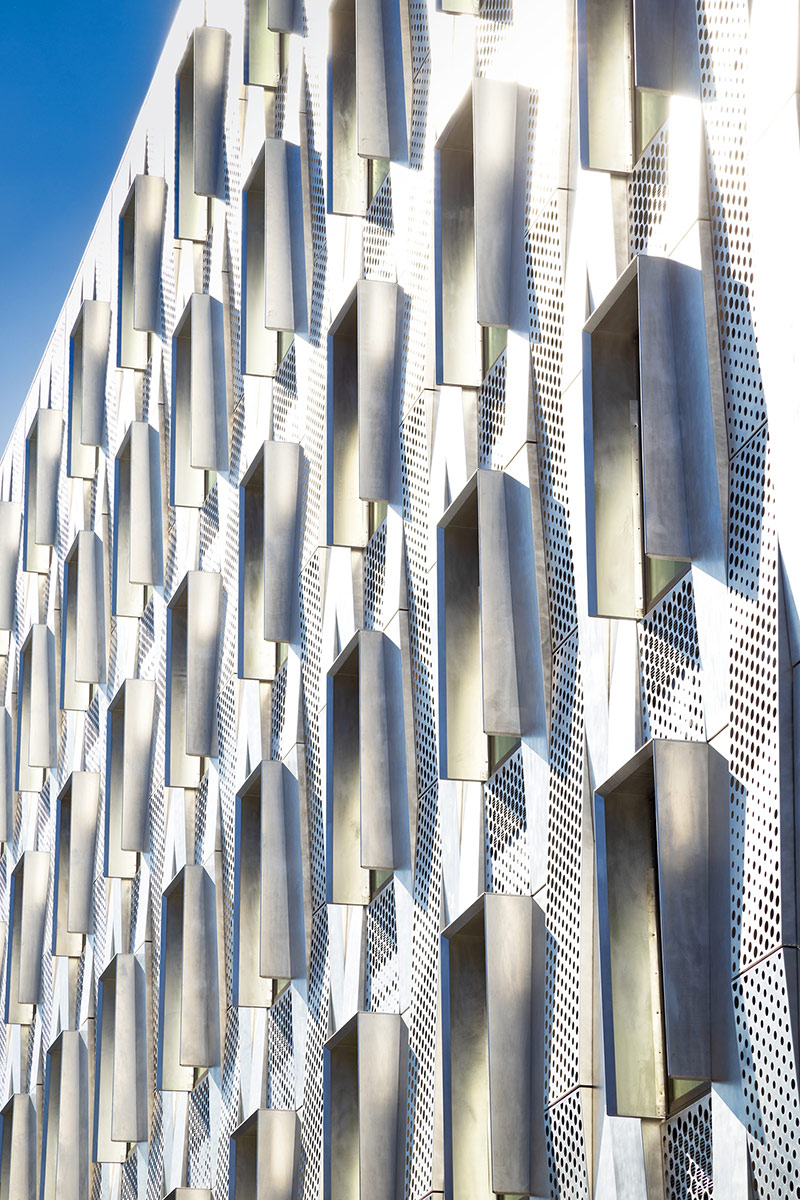 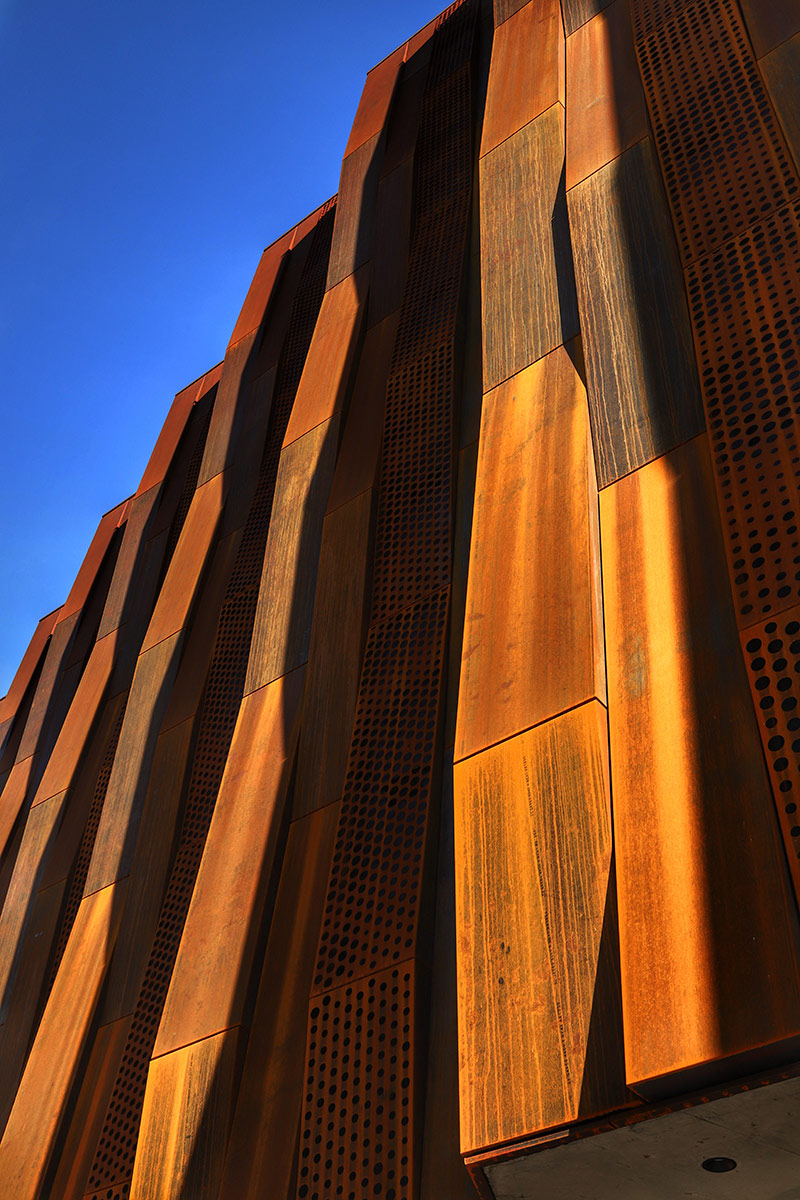 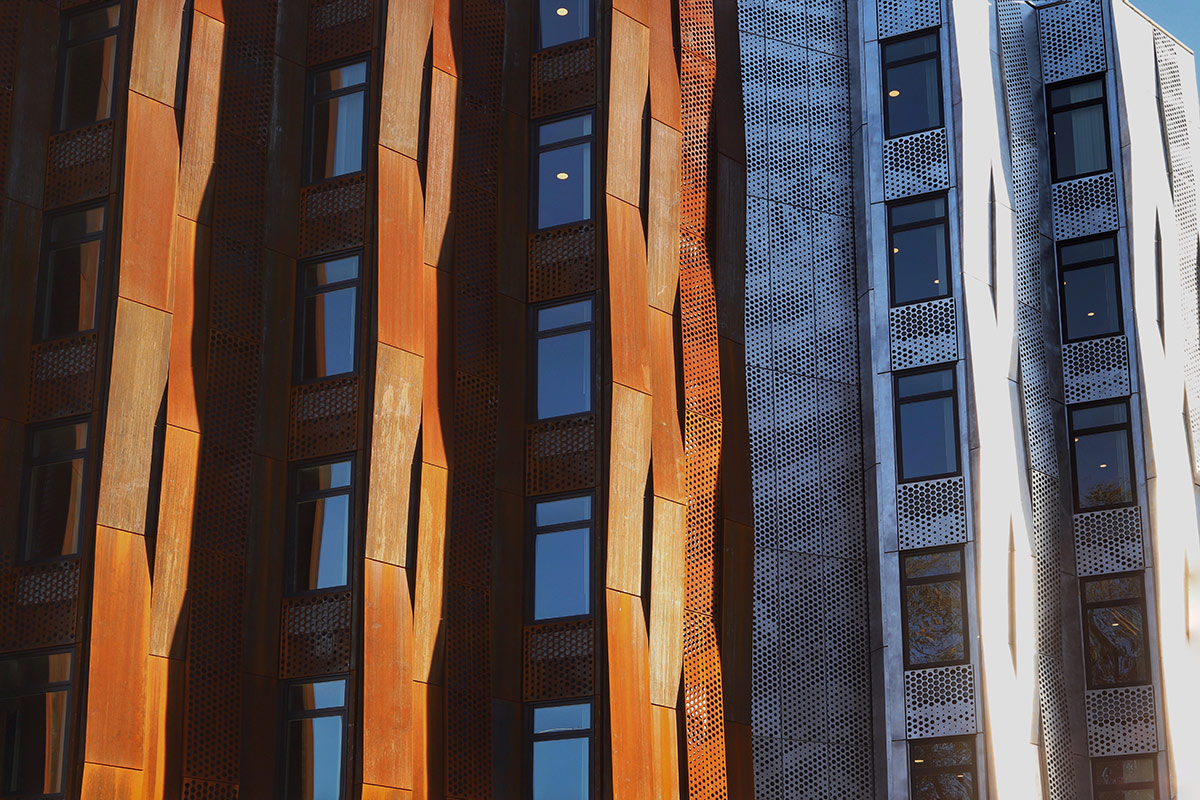 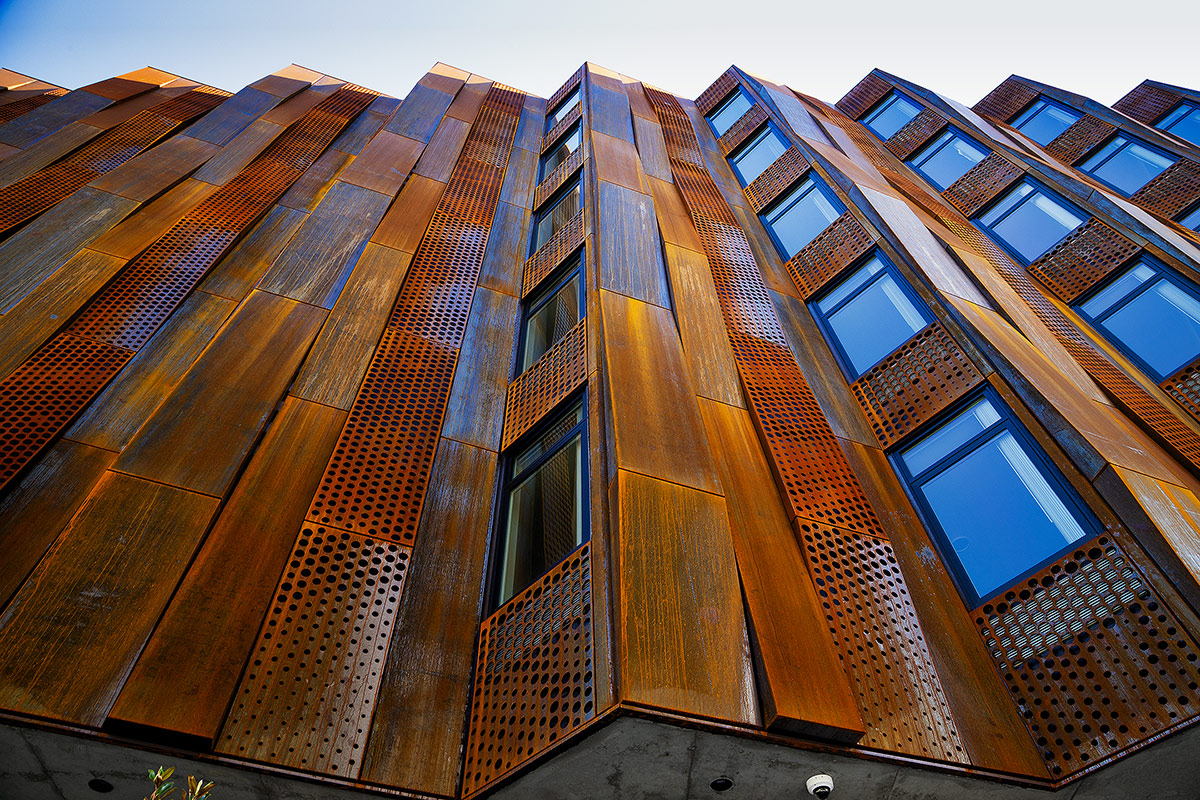 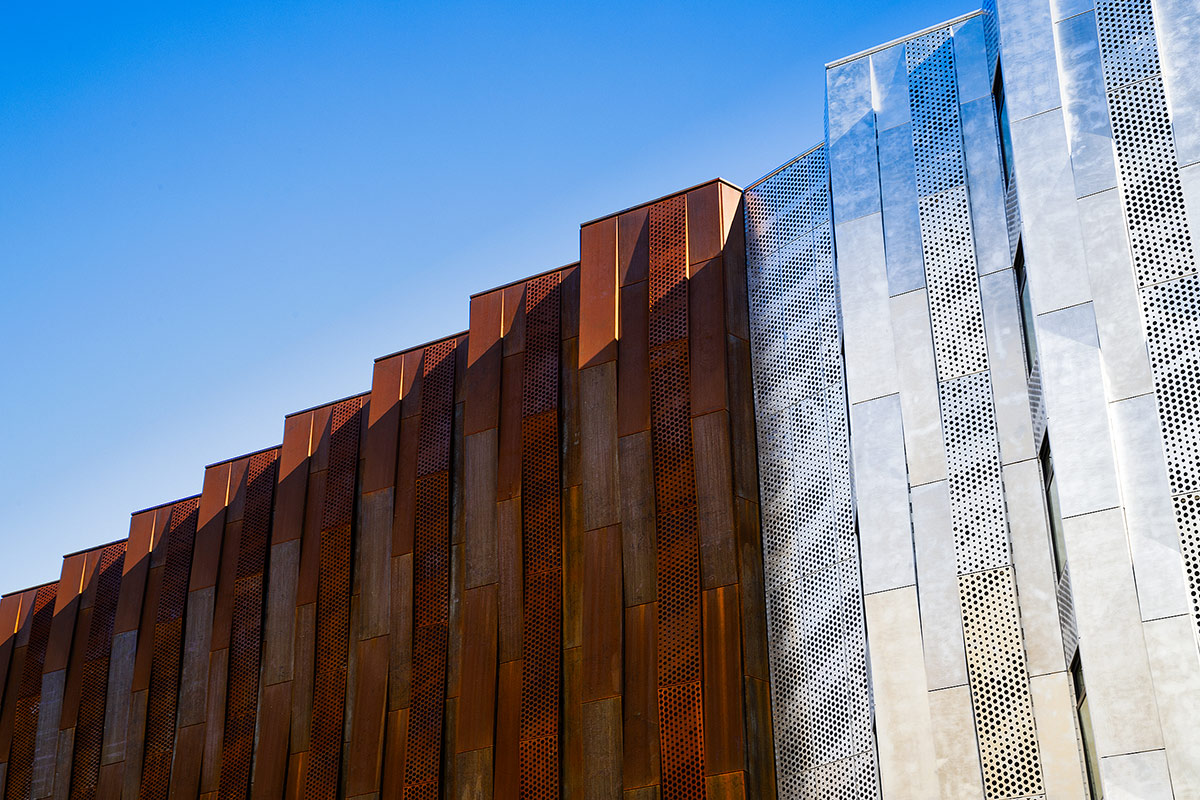 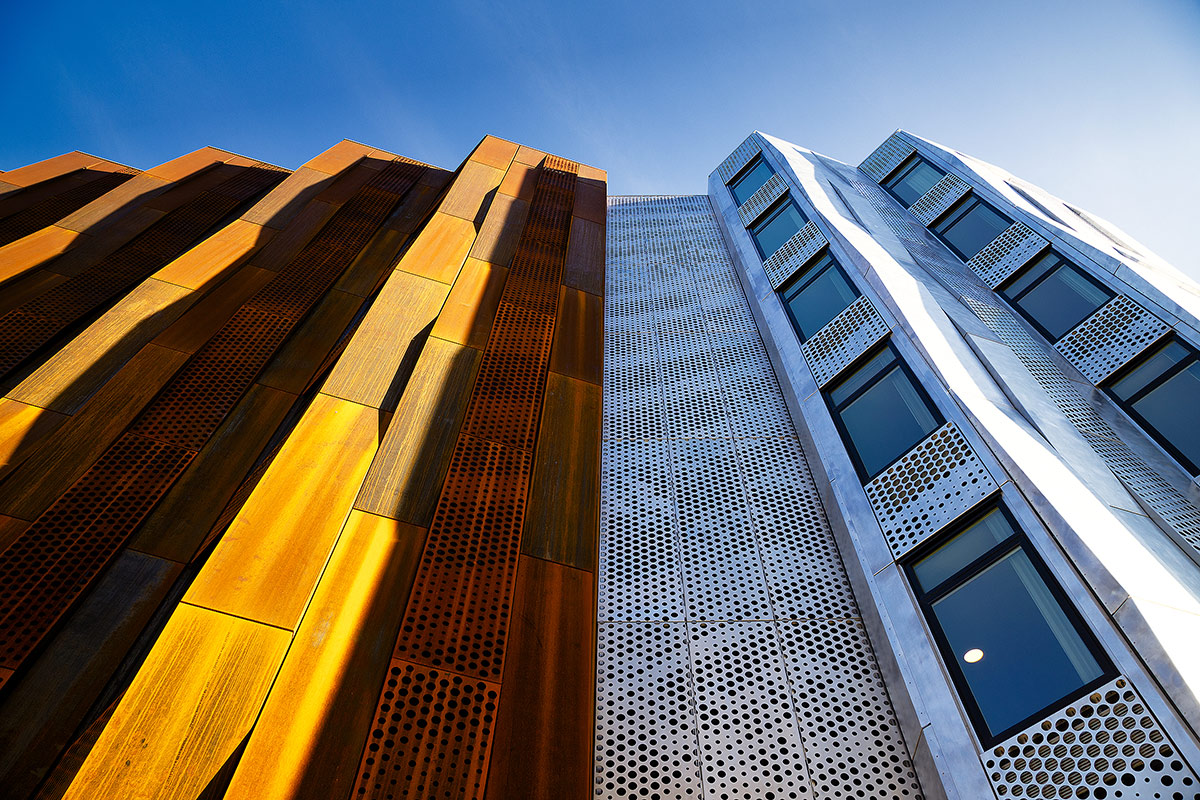 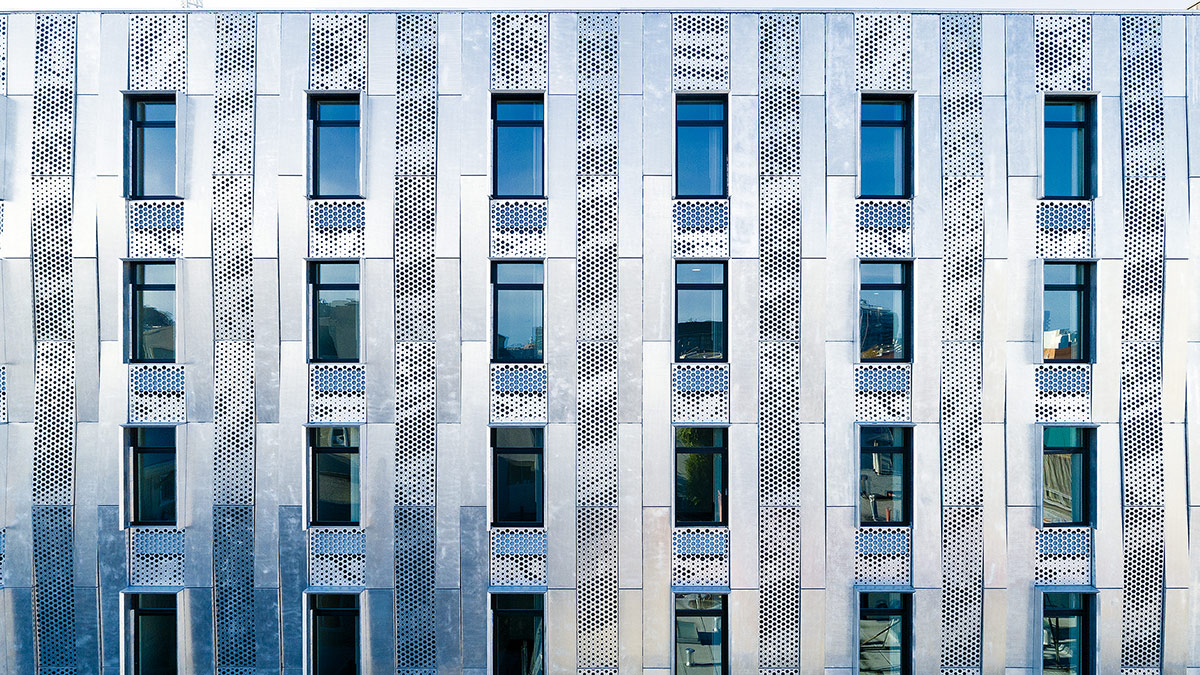 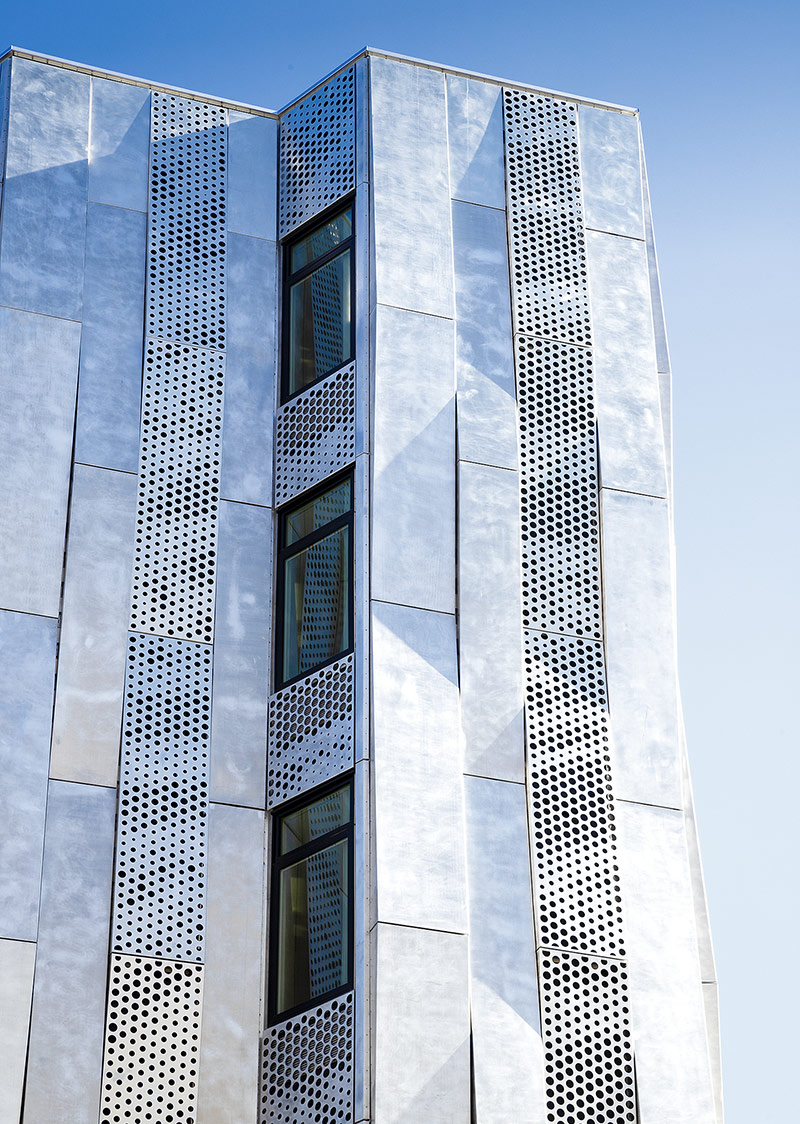 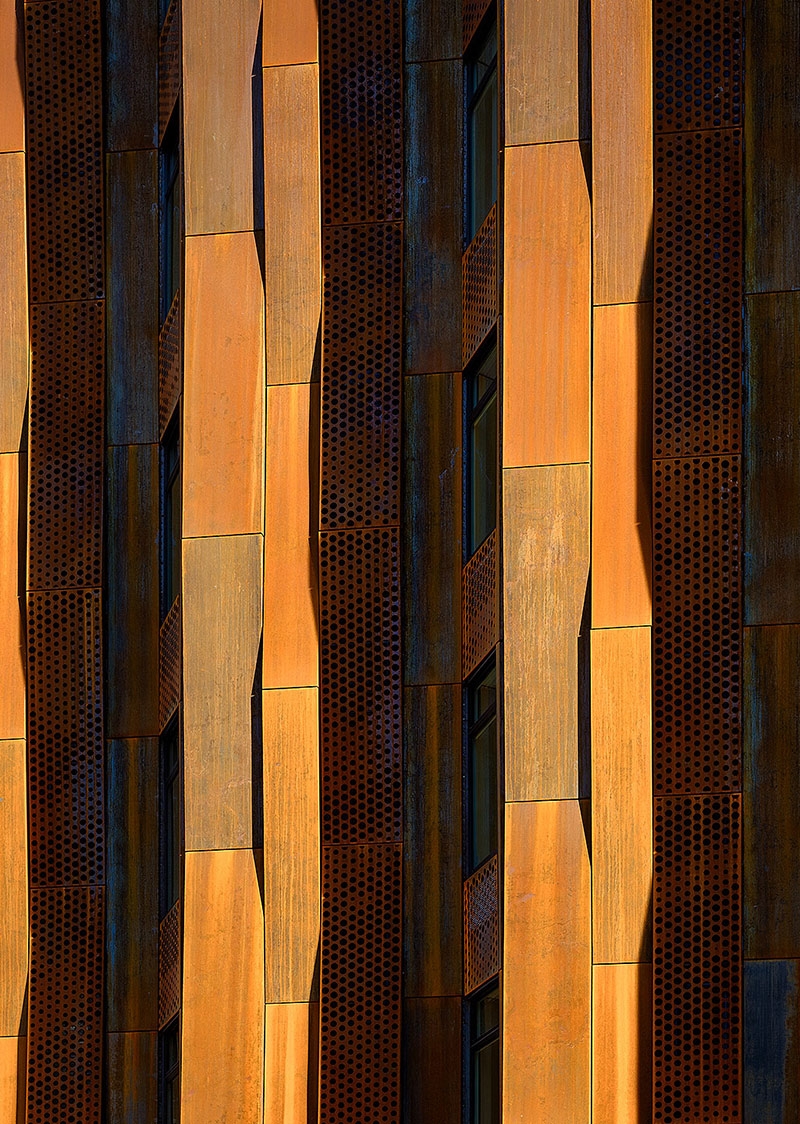 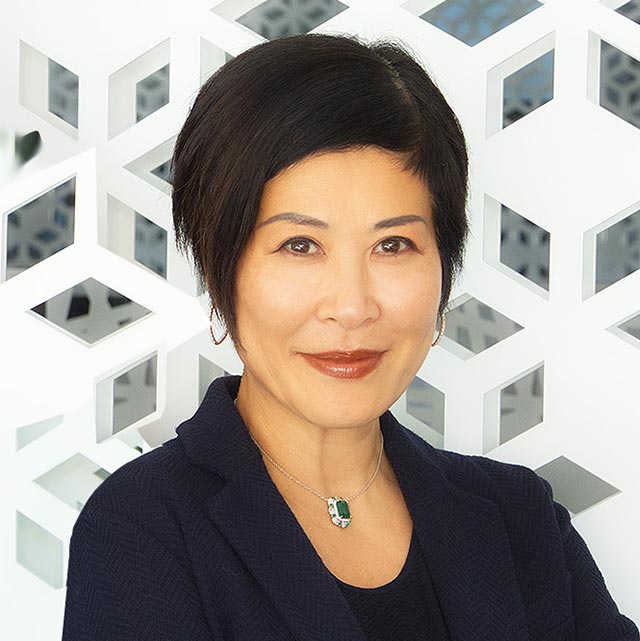 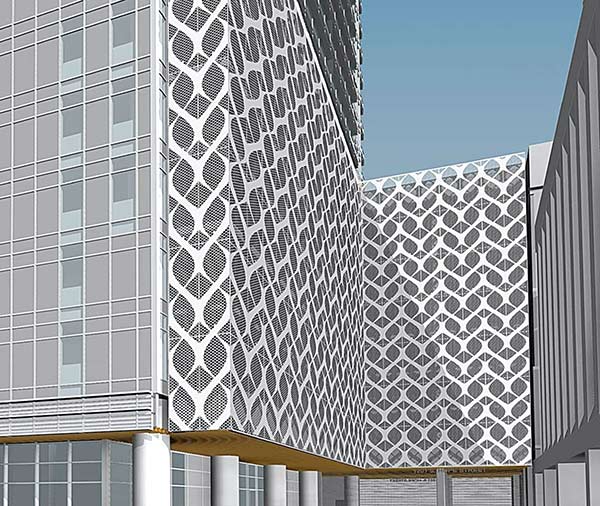 Every project begins with a vision and we are passionate about making your vision a reality.

At BŌK Modern, we pride ourselves on our proven track record of skillfully designing and fabricating custom projects with our clients – we have done everything from standard to complex. Our ability as creative problem solvers is unmatched in the field.

Through our Design Support process, our diverse team of experts, with their combined knowledge in multiple fields, will work diligently to identify pitfalls before progress stagnates.

Headed by Russ Naylor, who has been making his mark on San Francisco’s skyline for decades, our dedicated Design Team is comprised of product designers, engineers, and architects. Together, we have many years of expertise and knowledge upon which to draw.

During our Design Support collaboration process, our Design Team will work with the architect, installers, GC’s and engineer of record to conduct a pre-assessment of the engineering for each project. We are often able to identify and remove unnecessary support substructures and to suggest novel applications for our modular systems.

With your help, we are able to seamlessly streamline construction and improve both buildability and sustainability. This process allows BŌK to provide a more accurate estimate of final costs compared to a typical ROM estimate and result in considerable cost savings when compared to conventional construction methods.

Our design approach is steeped in a realistic understanding of the key components of the development process. By getting involved early, our goal is to make installation as simple and efficient as possible and to fine tune the project budget so that a reliable and accurate cost for your clients. We are able to achieve all of this while respecting and preserving the integrity of your design intent.

We offer this service at no charge for simpler projects. For more complex projects, we provide a Design Contract to formalize this process and provide a firm cost for your client. Our Design Team is available to collaborate with you every step of the way. Any costs for this service will be credited back to your project once it becomes active. 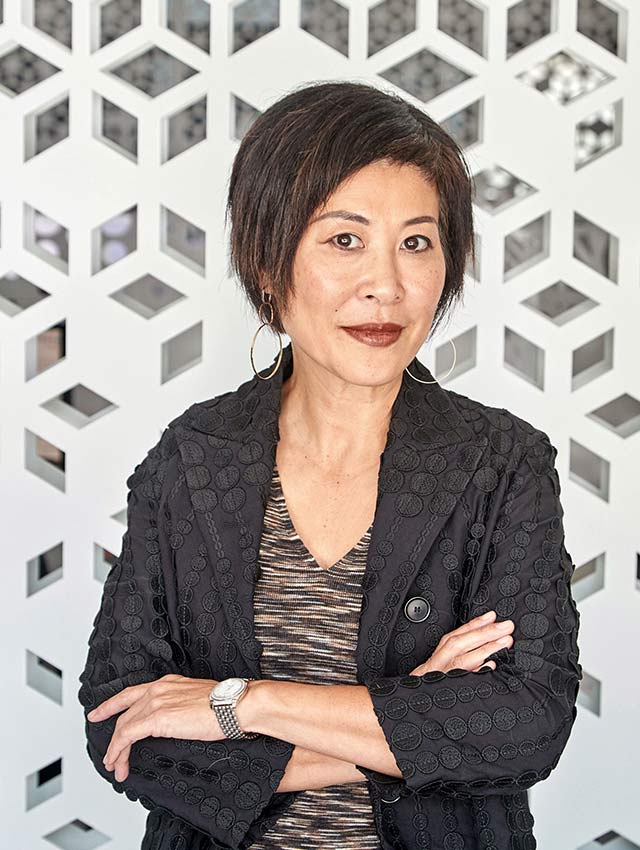 Heddie has 20 years of experience working with national and international design firms and design institutions. Her experience enables her to lead Naylor & Chu with operational sophistication and efficiency.

Internationally, Heddie found sponsors and investors to establish affiliate schools for the Parsons School Of Design New York in South Korea and in Malaysia. She lead the operations and marketing side of the program.

Heddie’s passion for the design business supports her leadership in developing comprehensive business, marketing and operations plans, as well as utilizing her network skills to create the right support for the projects and Naylor & Chu.